My journey through life 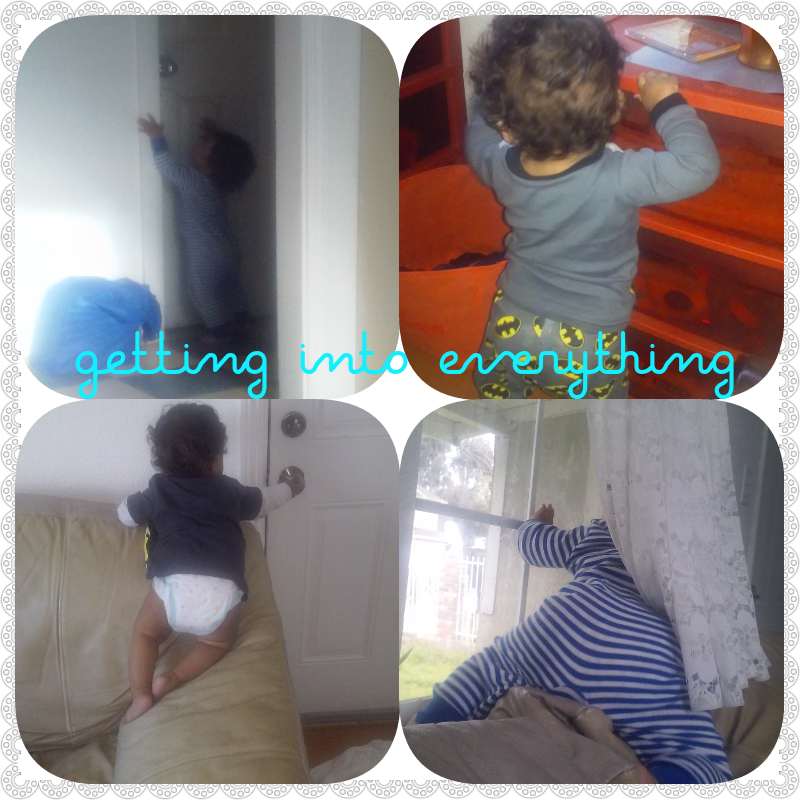 Life happened and I wasn’t being balanced. I haven’t been on the diet in weeks, was eating everything in sight (thanks Pinterest not so healthy food pins) and my weight showed it. As of Sunday March 26th, 2017, I stayed awake (son still wakes 2+ times per night), drank coffee possibly ate breakfast then prepared to walk. I didn’t let my son getting back up stop me. I dressed him in his track suit and strapped him into his stroller and off we went. This started a chain reaction which included exercising intentionally, weekly pampering, drinking more water  and eating meals with more attention to health. For now life seems to be all over the place but those are little things I can do no matter what.

Here’s my quick opinion of each class based only on my birthing experience with my first child. It’ll say yes or no along with a brief reason.

Early Pregnancy – Yes* but you can find everything online

Prepared Childbirth – Yes but I could definitely skip this for any additional children unless it was 4+ years since having my first. I did use a technique from the class which was breathing in/ out slowly and deeply while closing my eyes and focusing on getting through each wave (contraction)

Breastfeeding – Yes* and no. I’m only torn because the class itself was good and told you how to contact a lactation consultant (LC) but I still NEEDED an LC and you could find all of the info online

Newborn Care – Yes (see memes below) unless you’re not a first time parent, are around a lot of babies or if you take care of babies for a living

*if the class is offered for free

If you’ve researched like I have then you know a lot of the things that go under each feeling I’ve listed. Bodily fluids sums up the gross part. Pain in your privates, back and hips. Frustration at how long it takes to START feeling better physically. What I didn’t focus on was researching the emotionally draining part of postpartum recovery…

After having my little man, I knew I’d have to take care of my son and my stitches. I knew I’d have to take it easy in order to protect my back. I knew breastfeeding and adjusting to a newborn would be hard. I also knew I wouldn’t immediately feel like myself. However I didn’t realize that knowing all of this wouldn’t ease the emotional toll all of this would have on me.

I knew the technical aspects of breastfeeding but the reality was much trickier. I had a vision in my head of this being extremely hard but worthwhile if I just hung in there. I was pleasantly surprised at first… I was exhausted, inspired, sore and determined. As soon as I was able to I breastfeed, he was propped up on pillows in order to bring him closer to my chest comfortably and he latched on beautifully. I was in awe. All this time I was made to believe this would be something hard won and horrible yet here I was watching my son latch on without so much as a bit. Well (SIGH) that was only the first feeding and it was assisted. Things deteriorated from there.

I started a very frustrating cycle of being shown how to latch, getting it right in front of the nurse then crashing and burning when left to try it alone. I must have had every nurse, pediatrician and lactation consultant who came to my room show me how to get him to latch on properly. I should note that I was only there about 36hrs after delivery and the only reason I was there that long is because of how long it took to deliver him after my water broke. By the time we left the hospital I was just happy to be going home. I figured it was the stress of not sleeping due to being woken up often that caused our latching issue. I convinced myself it would get better once we were relaxing at home together and could do it exactly the way everyone showed me. I WAS WRONG. The latch seemed to be getting worse. I didn’t want nor could we afford to give him formula so I knew I had to make this work. At first I kept going over the paperwork I received from the hospital as well as the printouts I had from the breastfeeding class we took. All of my effort seemed to be rewarded one minute and futile the next so I decided to see a lactation consultant.

The lactation consultant was amazing. During my first visit my breasts were sore, one nipple had a chunk taken out of it and emotionally I felt like an idiot. Who was shown something that many times but still couldn’t get it right?! Well for our first appointment we were running horribly late, I was frustrated and my poor hubby was dealing with me and our son. By the time we left I thought I had it nailed but I scheduled a follow up appointment because I’d felt this way before in the hospital. I should mention he was weighed at each appointment to make sure he was eating enough while he was nursing. The second appointment I was a mess. He’d really hurt my nipples, the chunk was still missing from the right and now the left nipple seemed to be heading the same direction. To add insult to injury he hadn’t returned to his birth weight (he’d actually lost a little more) which meant he was in danger of getting a Failure to Thrive note. Failure to Thrive meant I could be encouraged (forced) to give him formula because he wasn’t gaining weight at an acceptable rate. Thankfully my LC saw he was a good eater and noticed that he might simply be going to sleep before he was completely full. She told me it seemed as though he was only eating enough to maintain his weight but not gain any. So she instructed me to use a nipple shield in order to allow the nipple to heal while still making sure my supply didn’t dip, use a breast pump, offer him a bottle (full of breast milk) after he stopped nursing and to make sure I woke him up every 2-3hrs in order to eat. We only lasted one night…

My son and I had the worse night ever. Between waking him up during the day and at night to feed every 2-3hrs both he and I were a hot mess. The nipple shield helped with the stinging pain I was feeling and allowed him to latch on but other than that we were horrible. I was so out of it that I spent most of the day crying. We were both miserable. All of us ended up at my in-laws house where I explained to them why I looked like I was going to die. His mom told me about her similar situation with my hubby when he was a baby and boy did that take the pressure off. She told me that he didn’t actually get to an “acceptable weight” until he was in his teens. This made me go home with a new confidence. I knew I didn’t need to wake us up that frequently in order for him to thrive. This new found confidence along with lots of YouTube videos about breastfeeding and proper latching helped tremendously. By the time I returned for our follow up appointment (only 3 days later) he’d gained enough weight for my LC to schedule a followup appointment with a nurse instead of with her. She also told me to think about getting the nursing pillow I used while in her office. I cried when I was able to get him to latch on comfortably without her help and she acknowledged my improved nipple appearance. She informed me as long as he returns to his birth weight by the next appointment I wouldn’t need any more appointments with her unless I wanted to schedule something. I never thought I’d cry in front of a stranger but you could’ve filled a lake with my tears.

The appointment with the nurse went great; he’d finally returned to his birth weight! I was no longer a sore hot mess. We still had tough days but the days were definitely improving. Here are the main things that (so far) have helped me continue the fight to breastfeed:

Sorry this post is void of any funny memes but I honestly couldn’t think of any considering I didn’t find anything funny about my struggle. Plus I know there are many other women who wish they had my “trouble” breastfeeding so I didn’t want to make light of such a touchy subject. I’m also not sure how many parts this will have but I am thinking of at least one more.

Thanks for being here to let me vent 🙂